Did you Think that Organic Food is Healthy? Think Again!

By definition organic food is the one that has not treatment of artificial fertilizers and pesticides, insecticides, herbicides and fungicides during processing, production, factory processing and storage. It is logical to conclude that it is better to decide for her than for conventional because it is healthier. But is it really so?

On the differences in the nutritional values of organic and conventional foods, numerous studies have been made, and the conclusion is that there is no scientific consensus as to whether organic is indeed better. 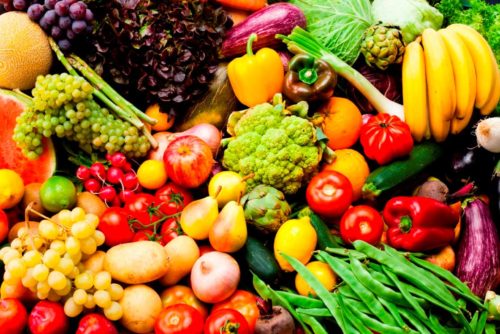 A review published in the American Journal of Clinical Nutrition magazine in 2009, in which more than 50,000 reports have been analyzed, and in particular 162 relevant studies found that there is no evidence that organically-grown foods are nutritionally superior to conventional ones.

The fact is that more research has shown that organically grown foods contain less pesticide than conventional. But what exactly does it mean, and is this difference worth up to three time higher price?

First of all, it is important to know that organic pesticides are used in organic farming, mostly natural, but also artificial. It is assumed that the natural are safer than artificial. This is in most cases true, however, there are some important exceptions.

For example, rotenone, the poison that makes certain legumes, is an insecticide that is allowed and often used in organic farming, and is much more poisonous than most pesticides. Some research has shown that it can even cause Parkinson-like illness.

The American Environmental Protection Agency (EPA) recommended that the daily dose of rotenone should not exceed 0.004 milligrams per kilogram of body weight. For comparison herbicide glyphosate, better known as Roundup, can be consumed in amounts up to 0.1 milligrams per day, meaning that it is 25 times less toxic than natural rotenone.

The popular pesticide phthalimide, known as Captan, is 32.5 times less toxic and pyrimethanil 42.5 times.Since organic growers, use pesticides only when they have to, we can conclude that there will be little on the products.

Unfortunately, that is not necessarily true. Namely, natural pesticides are recommended as more benign for the environment because they break faster.

This means that breeders will often be forced to apply them several times to achieve the same level of fruit protection. For example, a 1989 study at McGill University has shown that with the help of natural pesticides, 75 percent yields can be achieved only if apples are spraying at least six to seven times during the season.

On the other hand, with this pesticide had a 90% yield with just four sprays.But what about all those studies that have shown that organic fruits and vegetables contain fewer pesticide traces than conventional ones?

The answer is that they only tested artificial pesticides. In a few rare studies that tested both pesticides, scientists found that between 15 and 43 percent of organic products contained measurable traces of natural, artificial or even pesticide.

Unfortunately, no extensive study has been published so far to present a comparison of these traces of organic and conventional products and the health risks they might cause. Indeed, such a comparison would be very difficult to do because the quantities of pesticides on organic and conventional products are largely dependent on breeders and specific conditions varying from year to year in some geographic area.

How dangerous are pesticides that we consume?

Because of all this, we are still wondering how much the toxin is in the conventional food that we consume.

In a study published in 2011 in Journal of Toxicology, scientists from the University of California-Davis analyzed the conventionally-grown fruits and vegetables that the Environmental Working Group (EWG) activists listed on their Dirty Dozen (12 filthy) polls as the most polluted pesticides. This year at the top of this list were apples, strawberries and grapes.

Glyphosate is one of the most toxic chemicals. Unfortunately as we said he is very often present in the food products. In some cases he can cause serious conditions like: Autism, Depression, Multiple sclerosis, Infertility, Cancer, ALS, Kidney disease, Antibiotic resistant bacteria and other.

In these contemplations we should not forget another important fact – that fruits and vegetables contain many natural poisons such as flavonoids, hydrogen peroxide and formaldehyde, among other things, because the plants themselves try to defend themselves from the torpedoes. One research conducted by Bruce Ames, Director of Nutrition & Metabolism Center at Oakland Children’s Hospital Research Institute, found that the average American daily consumes around 1,500 milligrams of natural poisons per day through fruits and vegetables, which is about 16,000 times more than 0.09 milligrams consumed in Form artificial pesticides.

These natural poisons can also cause cancer. For example, one cup of coffee contains the quantities of toxins that the average American will get through artificial pesticides in a year. Non-profit organization National Research Council in 1996 reported in its report to the US authorities that “natural food components could be a major cause for cancer-related artificial toxins.”

Of course, this does not mean that it is not good to eat fruits and vegetables. On the contrary, the benefits they bring to the body far outweigh the damage.

To conclude, it is better to stop worrying about how much pesticide there is on a conventional product, as this may distract us from consuming fruit and vegetables in desirable quantities. It would also not be wise to reduce their share in the diet because we are forced to buy considerably more expensive organic products from fear.

« Chronic Pains in the Body that are Related With your Emotions
Here is All you Need to Know About your Resting Heart Rate! »