These are the Most Common Cancer Causing Items in Your Home

A lot of the people are probably living under the assumption that their home is one of the safest places from all the dangers that can lurk in the outside world. But what they do not know is that a lot of products which we all possess, and which are known to be common household products do contain some deadly chemicals which have been proven to cause cancer, birth defects, reproductive harm and other damages to the body.

This is why in addition we give you the six worst products which you absolutely have to avoid in order to preserve the safety of yourself and your family. 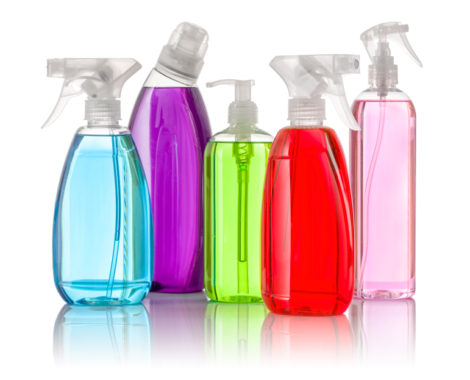 Also, a lot of the air fresheners are loaded with other volatile organic compounds too which can interfere with reproduction, cellular regeneration and respiration. A study conducted by Anne Steinemann at the University of Washington in the year of 2008 found out that all air fresheners that were tested emitted chemicals that are known to be carcinogenic, which cause cancer.

So instead of using commercial and toxic air fresheners, try turning to the all natural essential oils, which are basically applied on the skin or just released into the air as a form of a diffuser.

In addition to this, many candles are made with paraffin wax which, when burnt, releases two highly toxic compounds, toluene and benzene, both of which carcinogenic. All the dyes and the artificial fragrances which are present in the candles, when burned, ultimately get into your lungs.

The LHAMA (Labeling Hazardous Art Materials Act) requires all art supplies which are sold within the United States to bear warnings that they can cause acute hazards. But the manufacturers are not required to provide a list of ingredients to the label, which is why the people who are using these supplies should only purchase the products which are certified by the ACMI (Art and Creative Materials Institute).

These certified products undergo a list of evaluations by independent toxicologists in order to make sure that they are safe for every person, especially children.

Some of the other toxic additives in the antiperspirant deodorants include parabens, which also promotes the growth of cancer cells in the body. They are also linked to nausea, gastrointestinal issues and central nervous system depression.

So, if your shower curtain happens to have that unique new shower curtain scent, it is most likely it releases deadly chemicals – which will do a lot of harm to you as well as your children. This is why we consider this to be the main reason for you to switch to non toxic and PVC free shower curtains.